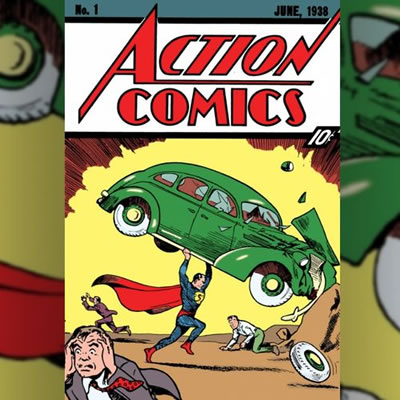 The current Covid-19 pandemic hasn't stopped online auctions from taking place. In fact it's thriving. Case in point: the sale of one of the few copies of the comic book that introduced Superman to the world.

The first issue of Action Comics was sold for $3.25 million at a private auction sale on ComicConnect.com. It beat out the record set by another copy of the same issue that was previously sold for $3.2 million in 2014. The comic was originally published in 1938. It features the  first appearance of several comic-book heroes—most notably the Jerry Siegel and Joe Shuster creation, Superman—and sold for 10 cents (equivalent to $2 in 2019). It is widely considered to be both the beginning of the superhero genre and the most valuable comic book in the world. It's estimated that there are only 100 copies of "Action Comics #1" that exist today.