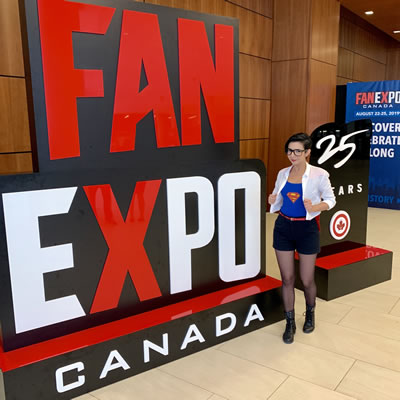 A new date has been announced for Toronto's annual Fan Expo Canada. It is now slated to take place from October 22 to 24 at the Metro Toronto Convention Centre. The event had been previously cancelled due to the COVID pandemic.

"We’re so close to being able to gather and celebrate fandom together but the dates we had been counting down to are just a bit too soon, " the company stated on their website.

Toronto Comicon is an annual comic book and pop culture convention held in Toronto, Ontario, Canada at the Metro Toronto Convention Centre since 2001. It is owned and operated by Informa's Fan Expo HQ. You can find more details on the convention here.