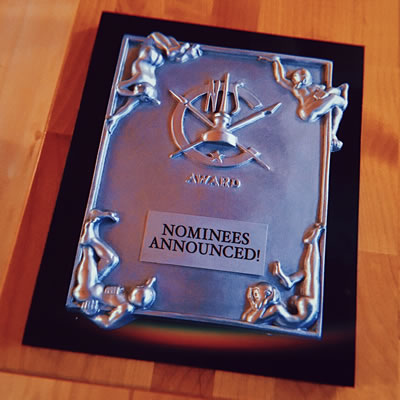 The National Cartoonist Society has announced the first round of division nominees for this year's Reuben Awards. Current plans are for a Virtual Reubens Weekend in the fall (October).

The National Cartoonists Society is an organization of professional cartoonists in the United States.  The Society was born in 1946 when groups of cartoonists got together to entertain the troops.

The nominees announced are for 5 categories: