Beano Partners up with Rowan Atkinson to Promote New Movie 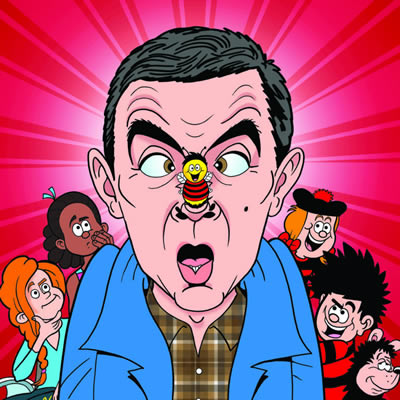 British comedian, Rowan Atkinson,  has been immortalised in a special  Beano comic strip to publicize the launch of his new Netflix series. "Man vs Bee" which premiered on Netflix on 24th June, is billed as ‘this summer’s much-watch family comedy series’, perfect for all ages. This marks the return of Atkison to TV after over a decade long hiatus.

Beano is a British anthology comic magazine created by Scottish publishing company DC Thomson. Its first issue was published on 30 July 1938, and is the world's longest-running comic issued weekly. The comic strip, which launched on 17th June, is available exclusively on beano.com.